Last Donut Of The Night: When Federer and Dilla United For One Weekend

I’m proud of this essay; it’s the only one of its kind. Tennis and hip hop rarely come together (bar Drake and Redfoo’s attempts.) But this is completely different. To tell this story, I need to break it down into three parts. Think of it as a concerto, an ode to the greatest to ever do it. 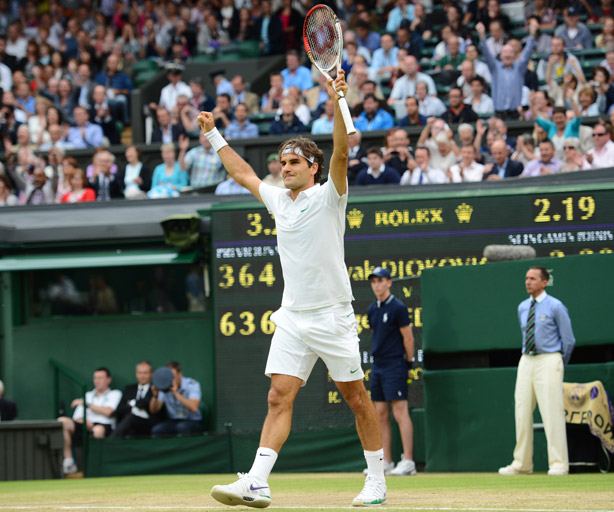 The Question will never go away but the answer is as sure as climate change – most sensible people agree but there are deniers out there with nonsensical arguments. Roger Federer is the greatest and a cult figure if that cult was the Planet Earth. His records speak for themselves - and there are many – and he’s playing at a level most players could only dream of at the age of 34. But in the period between 2010-2012, he didn’t win a single grand slam. Suddenly, there was a new question: is this the end of Federer’s reign at the top? Nadal had continued his dominance on clay and thwarted the Swiss maestro on his own turf: the grass of Wimbledon and added the Australian Open title in 2009. Djokovic had become a rampant force, thanks to a 49 match unbeaten run in 2011 and Murray was slowly pushing towards grand slams, having reached the 2008 US Open and 2010 Australian Open finals (both defeats to Federer.) Cracks were beginning to show in his game. He couldn’t handle the precision of his rivals, not mentally anyway. Unforced errors were creeping in where he winners used to thrive. Wimbledon was no longer a failsafe for him after defeats in the semis and quarters in 2010 and 2011 (the latter having had a 2-0 lead against Tsonga).

But 2012 was different. He overcame Novak Djokovic against the odds in his best performance of the season. An eighth Wimbledon final since 2003 and his opponent was Andy Murray, the darling of British tennis. Federer was the favourite having a winning record over Murray and it being on his hallowed ground so-to-speak but nothing could diminish the British spirit, especially high given the Olympics soon after.

For me as a huge Federer fan, it was nerve wracking. I still wasn’t used to this barren period and defeats were like bullets. I’d not felt this close to a sport since the 90s with Man United and even my support for them was waning. I was pessimistic of his chances, even with the (un)biased media backing him for the title. It’s not like I had lost faith in his ability but nothing was guaranteed anymore. In my personal life, things were pretty comfortable so this one impending event was the source of genuine worry. This was the life of a fan. 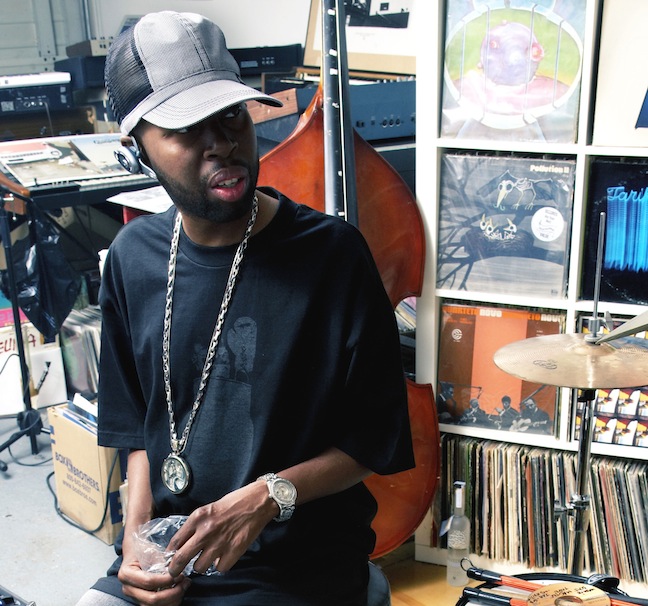 My hip hop journey initially started roughly in 2006 but I wasn’t aware of its impact until much later. It was a compilation featuring a wide range of genres – hip hop, jazz, folk, electronica – and it was the third track, Jealousy by Slum Village, that burrowed under my skin without me realising. The group comprised of three members: T3, Baatin and emcee/producer Jay Dee. I paid enough attention to acknowledge the beat was smooth, the lyrics unremarkable but catered to the rhythm. The next year, I went to university to study Computer Science but dropped out after 6 months. I fell into a state of depression during and after my brief time there and music became the crutch for me. I carried this through and it became my lifeblood. Hip hop was the nucleus and through connections, I came across Jay Dee once again, now known to me as J Dilla.

By now, I’d discovered he’d passed away in 2006, somewhat poignant given the first time I heard his work; circle of life and all that. I listened to Donuts, didn’t enjoy it, listened to artists he inspired, came back to it and BOOM! What the HELL was I thinking? The legend behind Donuts lives on and continues to grow with every new anecdote and every year that passes. His music became my new obsession. He was a deft craftsman with an incredible ear for samples, rhythm and arrangement. He knew exactly where things needed to be and when. His unorthodoxy became staples amongst his peers, blowing away colleagues and fans alike with incredible reinterpretations. He was akin to Federer in black music form. 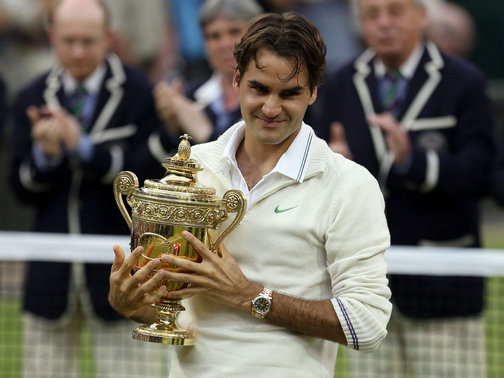 But how on earth does J Dilla come into contact with Roger Federer? Only I could make this connection. During the time of Wimbledon in 2012, I had been listening to some of Dilla’s old bootleg tapes on my way to work. There was one particular song that entranced me on my way home on the Friday before the final. I had just finished watching both Federer’s and Murray’s semis before leaving work and the worry began to set in. What if he doesn’t win? What if this was all for nothing? I couldn’t bear it. The peak of my doubts was offset by Track 16 (these are the names you can expect from bootlegs.) For added context, the beat sampled a psychedelic folksy cover of The Beatles’ Hard Day’s Night which I have yet to find. It was from 2005, during the latter stage of his life before he went to hospital for the last time. By this time, he had let his style expand and become even more organic than before. The drums were gruffer and the samples as dusty and left-field as possible. Track 15 was more subtle, harking back to his laid back Jay Dee days and this became the soundtrack to my Wimbledon summer.

The Sunday arrived. I had to set my DVD recorder to record the whole programme, including the preamble. I went to visit my dad in hospital in London and could only catch the first set on the radio. It was a unique experience. Murray took an early break and eventually the first set. “I knew it”, I thought. The doubt sunk in again. I watched the rest of the match in my dad’s hospital room with my family. The roof was closed early in the second set which changed the whole dynamic. This was catered for Federer now and the momentum shifted in his direction. He took the next three sets with ease. I watched as he dropped to his knees in ecstasy. The weight of worry was lifted and I could finally relax. Track 15 rang through my head with a new subliminal tone: one of victory.

Federer has yet to win a grand slam since that wet Sunday afternoon. He’s come close, with three finals (two at Wimbledon) but only one set won in each. It’s likely his champion days are over at that level. I’m still not prepared for grand slam defeats. I don’t think I ever will be. But I have the memories of watching his majesty for 15 years and counting. His extra-curricular activities have made up for some of it and his two sets of twins are adorable. Needless to say, whenever Federer hangs up his racquet, he won’t be leaving the sport completely.

As for Dilla, his music lives on in its own right and as inspiration for others. One of his best “disciples” is Black Milk and unlike many among him, he has found his own sound that stands tall alongside Dilla’s. That is where the best results of inspiration arise. Unreleased content pops up every few months thanks to Ma Dukes and the Foundation and while some are the bootlegs I’ve been rinsing out for years, the “newer” stuff is just as incredible as if they were made in 2016. There will never be another producer like J Dilla. His constant reinvention was aspirational, his music ethereal, his vision unparalleled. They may never have crossed paths in real life but in my mind, they were two peas from the same pod. Or two bites from the same donut.